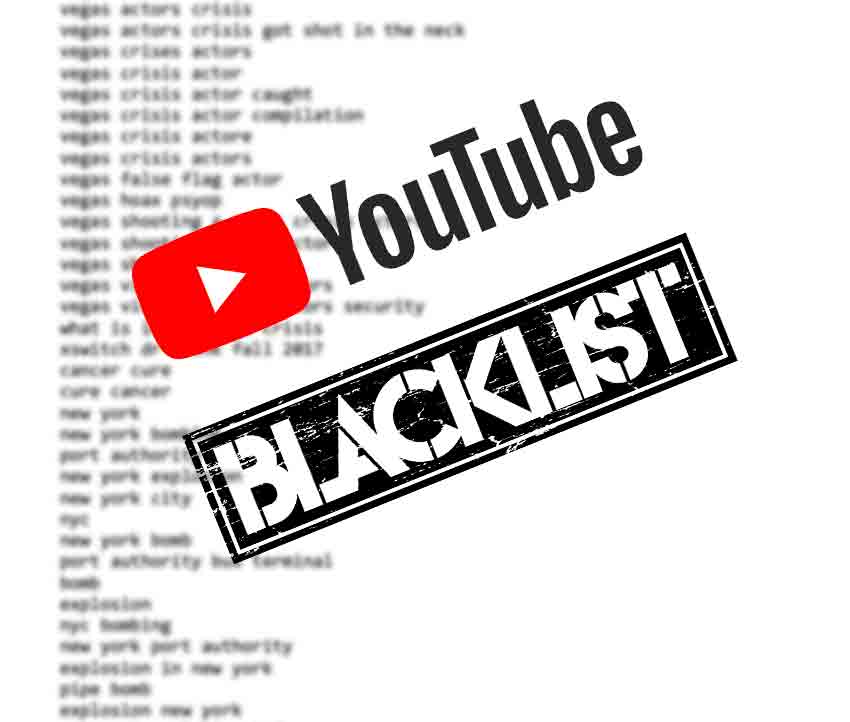 Google's black lists have been exposed in the google leak.

This is the most popular file from the Google leaks.

This black list contains input-phrases for the computer system known as "Twiddler", which is a part of Google's "Machine Learning Fairness" system.

Readers may notice that the first third of this black list is entirely related to black listing phrases related to the Las Vegas Shooting Massacre on October 1st 2017. This mass casualty event was used as justification for inserting this black list, and then the black list never was removed. Infact it grew in size.

This black list was inserted into the Google systems on Oct. 1st 2017. Most of the entries are related to the Las Vegas shooting massacre. What's interesting is that nuclear energy site e-catworld.com was also on this list.

Google Now is an Android App that aggregated many of Google's services together. It also had a black list of news sites.